The Aston-Martin Company was founded in 1913 by Lionel Martin and Robert Bamford. Initially, the founders joined forces as “Bamford & Martin”. The first car, named Aston-Martin, was created in March 1915 by Martin, who installed a 1.4-liter four-cylinder engine Coventry-Simplex on a 1908 chassis from Isotta-Fraschini.

Mass production was interrupted by the First World War. During the war the company produced not more than 14 cars per year. All cars were sold to Sopwith Aviation Company.

After the Second World War, in 1947, the company was acquired by David Browne Limited, headed by an industrialist and a longtime fan of the brand David Browne. He was the one who added the initials DB to the model designation. Together with the company Aston Martin David Brown acquired the company Lagonda.

The combined company became known as Aston Martin Lagonda Limited. The main dream of many owners of the Aston Martin company, including David Brown, was to win one of the most popular races of that time – 24 hours Le Mans. It was David Browne who achieved the victory in 1959.
The company continued to face financial difficulties and in 1972 it was sold to the Birmingham-based consortium of Company Development Limited (Company Development Ltd.).

In 1975, the company was resold to North American entrepreneurs Peter Sprague and George Minden. The new owners equipped the plant with a modern V8 Vantage line in 1977, replaced by Volante in 1978 and Bulldog in 1980.

However, the company continued to face financial difficulties. In 1987, the next owner of the Aston-Martin was the American concern Ford, which bought 75% of the company.

In 1988, producing about 5000 cars in 20 years, the company finally finished the production of V8 and provided Virage. In 1992, the Vantage version was announced, and the following year the company updated the DB series, announcing the launch of DB7.

In 1993, Ford took full control of Aston-Martin and handed it over to the Premier Automotive Group. During this time there is a significant investment in the production base. In 1994, Ford opens a new factory in Banbury Road in Bloxham.

At the International Motor Show in Detroit in 2003 began production of the successor of the DB7 – model DB9 and was announced another new model Aston-Martin AMV8 Vantage. Also in 2003, the factory in Gaidon was opened. 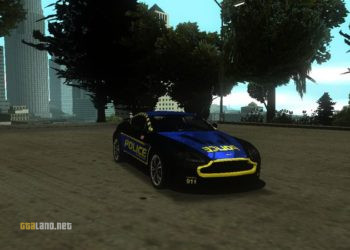 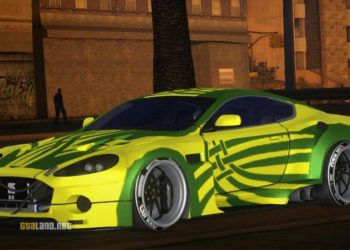 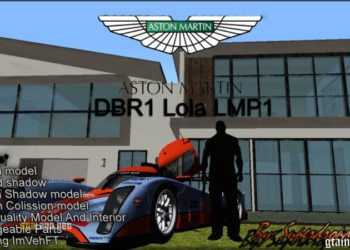