by BIG SmoK3
in GTA 4 Cars
0
Home GTA 4 Mods GTA 4 Cars
Imponte Dukes Classic by JoeVK
——————————
This is my response to a request by THE_PRo, who asked if I could make a classic Dukes with Sabre GT wheels. Normally, I don’t do requests, but I liked his idea and decided to fulfill his request. However, I couldn’t just slap different wheels on a vanilla Dukes and call it a day. So I made a few major changes and a lot of little ones. The idea was to make the Dukes more like an average car, but give it some extras so a few mildly modified ones will show up in traffic.
Some of the changes:
——————–
-Replaced the wheels with the Sabre GT’s.
-Removed the side pipes (they’re now an extra).
-Removed the supercharger and filled the hole in the hood.
-Added the Sabre GT’s exhaust system as an extra.
-Replaced the rear window louvers with a vinyl top (not my taste, but some like them).
-Shortened the front chin spoiler and retextured it black.
-Rearranged the extras.
-Added a “DUKES” badge to the trunk.
-Changed the “450cui” front fender badges to “DUKES”.
-Enlarged the wheel openings (only slightly, but it improved the car’s proportions significantly).
-Added front and rear license plates.
-Switched to the non-metallic paint2 material.
The extras:
———–
1 Sabre GT exhaust and round black air cleaner.
3 Sabre GT exhaust, chin spoiler, chrome air cleaner, and headlight grills.
4 Side pipes, chin spoiler, dual chrome air cleaners, headlight grills, hood pins, and tach.
5 trunk spoiler/wing.
6 colorable vinyl top.
7 original six pack-style scoop.
8 original shaker-style scoop (it’s badge now reads “450cui”).
Bugs: None that I know of.
Thanks to THE_PRo for planting the idea in my brain and giving me something to do for a couple of afternoons. 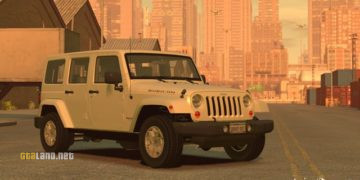 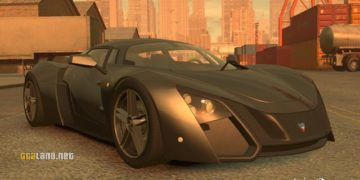 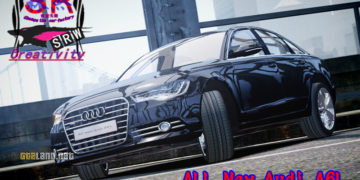 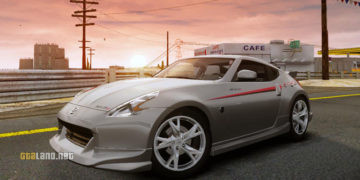 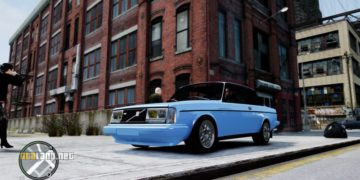 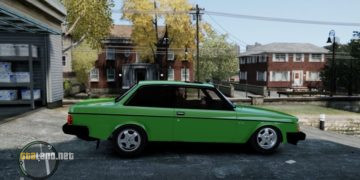