On this page you will find the list of Grand Theft Auto The Lost and Damned Characters. There are a short description and a portrait of their physical and character profile.

Johnny Klebitz is the star of The Lost and Damned.

He is vice-president of the motorcycle gang called “The Lost”, of which he remained in charge during the whole period of imprisonment of the president of the club, Billy Grey. Johnny has somehow managed to clean up all the mess between The Lost and the Angels of Death, once bitter enemy gangs.

But Billy was recently released and the rehabilitation period is back. The new leader of the Lost is its president again and Johnny will soon find himself in the middle of a real turf war with enemy gangs in a city already overrun with violence and corruption.

His favourite bike is the Hexer. It’s the only one of its kind in Liberty City: a classic modern chopper with a 2033cc twin-chamber engine, 6-speed gearbox and final chain drive.

During the normal GTA IV storyline, Niko met him during the missions “Blow Your Cover” on behalf of Elizabeta and “Museum Piece” on behalf of Ray Boccino.

His voice is dubbed by Scott Hill.

Billy Gray, 44, is the president of the biker gang The Lost. He has been in prison for some time, but now his rehabilitation period is over, and Billy is back in town.

Things changed during the time Johnny was in charge, but Billy is determined to keep things the way they used to be.
His favorite bike is the Revenant.

His voice is voiced by Lou Sumrall.

Jim Fitzgerald is a senior member of The Lost gang. He is extremely loyal to Johnny Klebitz, the momentary leader of the gang during Billy’s incarceration.

Role in the gang: Treasurer.
His favorite bike is the Zombie.

His voice is voiced by Chris McKinney.

Clayton Simmons, also known as Clay, is a member of the gang The Lost. Very tight-knit with Terry, he’ll give Johnny a hand during the storyline missions.

Role in the gang: in charge of the vehicles.
His favourite bike is the Diabolus.

His voice is voiced by Keith Randolph Smith.

Jason Michael is a member of The Lost gang. He will have relations with Anna Faustin, daughter of Mikhail Faustin, known Russian storyline boss of GTA IV.

Role in the gang: backup.
His favourite bike is the Diabolus.

His voice is voiced by Bill Burr.

Brian Jeremy is one of the veteran members of The Lost gang.

Role within the gang: secretary.
His favorite bike is the Diabolus.

His voice is voiced by Adrian Martinez.

Angus Martin is a member of the gang The Lost, paralyzed because of an accident caused by Billy Grey. He is confined to a wheelchair so he is not a fully active member of the gang. Johnny will be able to contact him about some motorcycle thefts to be carried out.

Role in the gang: secretary.

His voice is voiced by Brian Tarantina.

Terry Thorpe is a member of the gang The Lost. He is an arms dealer and his role is similar to Little Jacob’s in the main story of GTA IV.

Role within the gang: master of ceremonies.

His voice is voiced by Joshua Burrow.

Malc and De Sean are members of the Uptown Riders gang, friendly relations with the Lost gang.

Their voices are voiced by Walter T. Mudu and Craig Mums Grant.

Ashley Butler is a 20-year-old girl from The Lost gang. She’s an associate of Ray Boccino’s and does business with him.
She was arrested in 2001 for cocaine possession.

Her voice is voiced by Traci Godfrey.

For ten years or more, Elizabeta Torres has been a successful drug dealer in Bohan. Successful because she kept things locked up and paid back or killed the right people. She knows that a collapse in drug trafficking would put her under scrutiny and her personal narcotics use got out of control, making her dangerously paranoid and manic.

Your voice is voiced by Charlie Parker.

Thomas Stubbs III, also known simply as Tom Stubbs, is a Liberty City politician who will be introduced to Lost through Dave Grossman.
During one of the videos of the game he will appear in full nude.
He will use Johnny to do some dirty work.

His voice is voiced by John Lantz.

Ray Boccino is an Italian-American mobster, owner of the Italian restaurant Drusilla’s, where he will assign assign assignments to Niko. He works for Jimmy Pegorino and collaborates with the McReary family.

His voice is voiced by Joe Barbara.

PlayBoy X, whose real name is Trey Stewart, is a pimp who owns a large penthouse in Algonquin. Leader of the North Holland Hustlers.
He works for Elizabeta Torres with Niko Bellic and Johnny Klebitz during a drug deal in the Buyer’s Market mission (corresponding to Blow Your Cover in GTA IV).

His voice is voiced by Postell Pringle.

Luis Fernando Lopez, a part-time criminal and full-time assistant at Tony Prince’s legendary nightclub, makes short appearances in The Lost and Damned.
Of Dominican origin, 25-year-old Luis was born in Liberty City and lives in the Northwood area.
During the basic GTA IV storyline, Luis was met on three missions: “Three leaf clover”, “Museum Piece” and “Diamonds are a girls best friend”.

His voice is dubbed by Mario D’Leon.

Niko Bellic, this is the name of the protagonist of the main story GTA IV, an immigrant from Eastern Europe who arrived in Liberty City to live the “American Dream”.
He makes small appearances in The Lost and Damned during the Buyer’s Market mission (corresponding to Blow Your Cover in GTA IV) and Collector’s Item (Museum Piece in GTA IV).

His voice is voiced by Michael Hollick.

Roman Bellic is Niko’s cousin. He’s the one who brought him to America with his deceptive e-mails. He makes a brief appearance on The Lost and Damned during one of the missions. 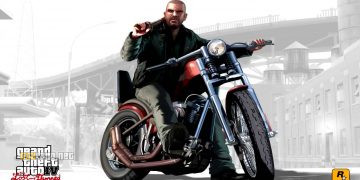 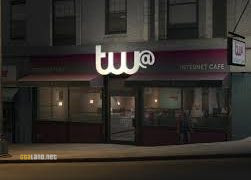 Grand Theft Auto The Lost and Damned Internet and Websites 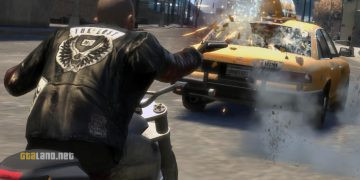 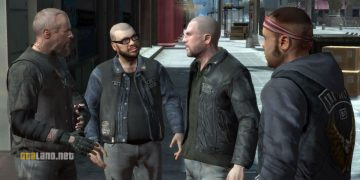 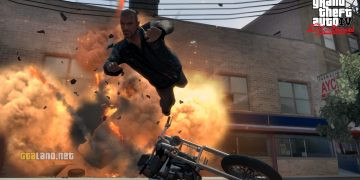 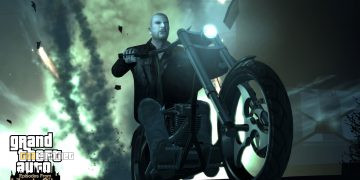 About Grand Theft Auto The Lost and Damned