On this page you will find a list of the main characters of the game, with a short description and a portrait of their profile.

Luis Fernando Lopez, a part-time criminal and full-time assistant in Tony Prince’s legendary nightclubs, is the protagonist of the game. Of Dominican origin, 25-year-old Luis was born in Liberty City and lives in the Northwood area.
He grew up with his two best friends Armando Torres and Henrique Bardas.
During the basic storyline of GTA IV, Luis was met in three missions, namely “Three Leaf Clover”, “Museum Piece” and “Diamonds are a Girl’s Best Friend”. He will also appear in the storyline of The Lost and Damned during the mission “Diamonds in the Rough”.

Her voice is dubbed by Mario D’Leon.

Anthony Prince, also known as Gay Tony because of his sexual orientation, is the manager of the two most important night clubs in Liberty City, both in Algonquin: Maisonette 9 and Hercules.
Gay Tony is also involved with the organized crime of the Ancelotti family.

According to the LCPD database, Tony has been arrested several times: in 1985 he spent three months in prison for tax evasion, in 1996 for cocaine possession and in 1999 for public indecency.
Tony also has problems with drugs, particularly cocaine, and has been in rehabilitation six times. He is in one of the rehabilitation centres that Luis Lopez met.

His voice is voiced by D.B. Cooper.

Yusuf Amir is originally from Dubai, one of the seven states that make up the United Arab Emirates. He is a billionaire entrepreneur, owner of the construction site south of Algonquin, in the Castle Gardens area.
His father Abdul Amir considers his son to be irresponsible both in terms of money and his friendships.
He had to deal with Niko and Playboy X during the GTA IV storyline.

His voice is dubbed by Omid Djalili.

Mori Kibbutz is Brucie Kibbutz’s older brother.
Affected by a large “Napoleon complex”, Mori mistreats his brother continuously, even going so far as to humiliate him in certain situations.
He lent a certain amount of money to Gay Tony, so Luis will work for him to pay off the debt.

His voice is voiced by Jeff Gurner.

Gracie Ancelotti is the daughter of boss Giovannni Ancellotti. She’s a close friend of Gay Tony’s. In the storyline of GTA IV she’s kidnapped by Niko, who wants to use her as a bargaining chip for Jimmy Pegorino’s diamonds. She’ll then be released on the “Diamonds are a girls best friend” mission.

Her voice is voiced by Rebecca Benhayon.

Adriana Yanira Lopez is Luis’ mother. She lives in Northwood and recently accumulated some debt with a loan shark named Santo.
Adriana would like her son to drop out of Liberty City nightlife and clubs to continue his studies.

His voice is expressed by Lucia Armendariz.

Armando Torres is one of Luis’ closest friends. They grew up together and have been through a lot. But he doesn’t accept the idea that Luis has left the life of his neighborhood. He is also very close to Henrique Bardas.
Armando will provide all the weapons Luis will need.

His voice is voiced by Jaime Fernandez.

Henrique Bardas is Armando’s partner in the petty crimes the two of them run. He also grew up with Luis.
Henrique will provide all the weapons Luis will need.

His voice is voiced by J. Salome Martinez Junior…

Rocco Pelosi is one of Ancelotti’s henchmen.
It will put Luis in front of an important decision, but it will turn the situation upside down.

His voice is voiced by Greg Siff.

Ray Bulgarin is a trafficker of people from Eastern Europe, connected with Russian organized crime in Liberty City.
He has a different profile in global organized crime and is currently involved in a major cocaine operation with Dimitri Rascalov.
He is also trying to buy the Liberty City Rampage hockey team and has interests in investing money in Gay Tony’s clubs.

His voice is voiced by Vitali Baganov.

Below is a list of characters who appear in The Ballad of Gay Tony but who don’t play an important role in the storyline.

Brucie is serious about gym, car nuts, and he’s a VIP. He justifies that sometimes, “white” maniacal idiots may consider hip hip a foreign thing.
He’s loud, he’s proud, and he’ll make sure you know how much money he has in his pockets.

He lives the good life, like in the magazines he reads. He has nothing but the most beautiful woman, cars, lifestyle accessories and anabolic steroids. It’s how he lives. If we make friends, we can take advantage of helicopter rides.

His voice is voiced by Timothy Adams.

Patrick McReary, for friends “Packie” is the second member of the McReary’s Irish family.

His voice is voiced by Ryan Johnston.

Niko Bellic, this is the name of the protagonist of the main story GTA IV, an immigrant from Eastern Europe who arrived in Liberty City to live the “American Dream”.
He makes small appearances in The Lost and Damned during the Buyer’s Market mission (corresponding to Blow Your Cover in GTA IV) and Collector’s Item (Museum Piece in GTA IV).

His voice is voiced by Michael Hollick.

Roman Bellic is Niko’s cousin. He’s the one who brought him to America with his deceptive e-mails. He makes a brief appearance on The Lost and Damned during one of the missions.

His voice is voiced by Jason Zumwalt.

Johnny Klebitz is the star of GTA: The Lost and Damned.
He is vice-president of the motorcycle gang called “The Lost”, of which he remained in charge during the whole period of imprisonment of the president of the club, Billy Grey.

Johnny has somehow managed to clean up all the mess between The Lost and the Angels of Death, once bitter enemy gangs.
His favorite bike is the Hexer. It’s the only one of its kind in Liberty City: a classic modern chopper with a 2033cc twin-chamber engine, 6-speed gearbox and final chain drive.

During the normal GTA IV storyline, Niko met him during the missions “Blow Your Cover” on behalf of Elizabeta and “Museum Piece” on behalf of Ray Boccino.

His voice is dubbed by Scott Hill.

Billy Gray, 44, is the president of the biker gang The Lost. He has been in prison for some time, but now his rehabilitation period is over, and Billy is back in town.
Things changed during the time Johnny was in charge, but Billy is determined to keep things the way they used to be.
His favorite bike is the Revenant.

His voice is voiced by Lou Sumrall.

Vince is Rocco’s uncle and he’s also involved in the Ancelotti crimes.

His voice is voiced by John Torney.

His voice is voiced by Robert Bogue. 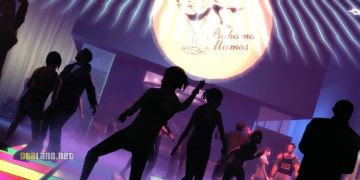 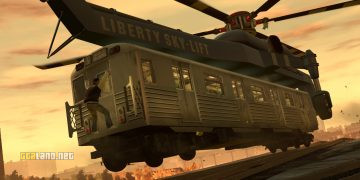 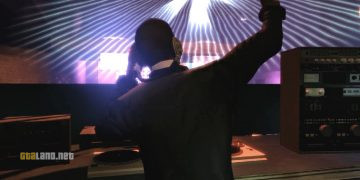 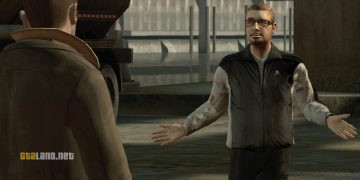 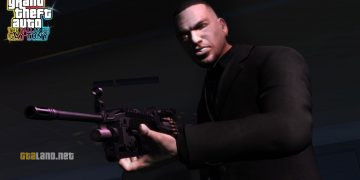 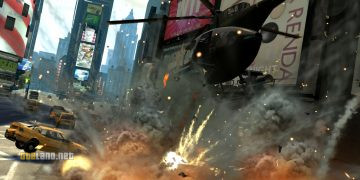 Sprunk A Taste of Things to Come billboard