In Grand Theft Auto: Liberty City Stories there are several gangs, whose members will be ready to defend their territory even at the cost of living! Here is the list and the main features.

The great Sicilian family of lions is the first family you will work for. They control much of Portland’s territory, but recently some other gangs are planning to get their hands on their “kingdom”. Their weapons are deadly, their values very strong and closely linked to family and honor.

The mafia family of Sindacco is headed by Paulie Sindacco, who is always on the move and gives orders to his henchmen.

The Forelli family is headed by Franco Forelli. They will also return in GTA III and San Andreas.

The Spanish gang of Diablos is known for small muggings and robberies, but also for their business that revolves around pornographic magazines. They are not armed to the teeth, often only with a baseball bat, so they won’t bother your business too much. However, their cars are among the most beautiful in the city, with typical red flames on the sides.

The Chinese gang of the Triad takes its name from the number of bosses at its top, three precisely. Their business revolves around Mr. Wong’s laundry and the “More Fish, Less Problems” factory. They are less dangerous than the mobsters, and on board their trucks they are almost harmless. It will be fun to hear some of their phrases (in English) like: “Somebody call a doctor”, “I see pain in your future!”, “And the winner after the knock-out is…”, “Easy, dragon breath!”.

The Colombian Cartel Gang is certainly the main enemy gang during the game. Almost every gang in Liberty City despises it, except the Yardies. They produce a drug called Spank, their main source of income.

The Avenging Angels gang controls and protects the population. Usually on foot or on their modified Freeways.

This gang, probably of Jamaican origin, controls the upper reaches of the commercial sector in Newport. It is the only gang allied with the Colombian Cartel, even if it is not a particularly dangerous gang. The business revolves around the sale of the Colombian spank. Their cars, the Lobo, are the only ones in Liberty City, equipped with hydraulic systems.

This Japanese gang, led by Kenji Kasen and Asuka, will be the first we’ll work for once we get to Staunton Island and will be one of the few friendly gangs throughout the course of the game. The gang’s business revolves around money laundering, forgery and protection, as well as gambling as a cover. They also have friendships infiltrated by the police, so law enforcement agencies often turn a blind eye to their shady business. Their modified Stinger cars are sporty and fast.

This small suburban gang is formed by two groups, the Red Jacks and the Purple Nines, distinguished by the colour of the sweatshirt (the former have red, the latter purple). Their Rumpo XL are really fast and powerful, agile for possible escapes after a mugging. The two clans will end up crossing their interests in the territories of the Wichita Gardens, but in the end the Red Jacks will get the better of the Purple Nines, which will disappear completely from circulation. 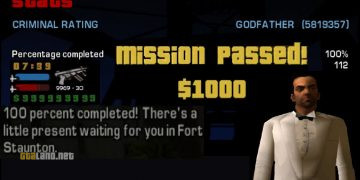 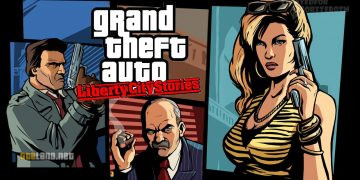 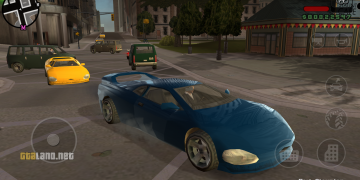 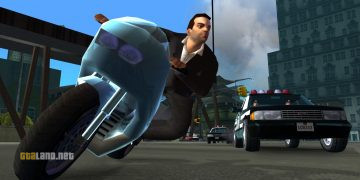 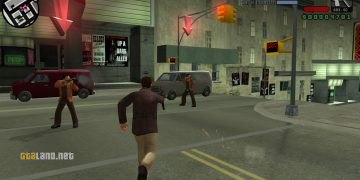 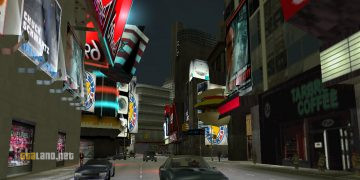